People around us are constantly trying to convince us of something, and sometimes they use specific methods – fallacies – to induce us to believe them or act as they want us to. The best way to protect yourself is to enter manipulators’ points of view and identify what tricks they use to fool us.

Your goal should be to recognize fallacies for what they are – the dirty tricks of those who want to gain an advantage. Here is a compilation of 10 often used fallacies with explanations and examples to help you notice them in someone’s, or maybe even your, speech.

When a manipulator senses he is losing the argument, he doesn’t give in. He shifts the ground to something else. Sometimes he does this by going back and forth between different meanings of the same word.

Notice, how in the video below Ross and Monica are shifting the ground talking about the same situation in different words.

Manipulators look for ways to make their opponent, or their position, look ridiculous and funny. People like a good laugh and they especially like laughing at views that seem threatening to them. A good joke is usually well received, for it relieves the audience of the responsibility to think seriously about what is making them uncomfortable. It presents an opponent’s argument as absurd and, therefore, not worthy of serious consideration.

3. Shift the burden of proof

The burden of proof refers to which party in a dispute has the responsibility to prove what they assert. For example, in a court, the prosecutor has to prove the guilt beyond a reasonable doubt. The defense does not have to prove innocence.

Manipulators develop skills in shifting the burden of proof to their opponents because they never want to take it themselves.

Double talk can be a powerful mode of attack or defense. In doubletalk (=doublespeak) we use a positive word or phrase when we do something and a negative word when our opponent does precisely the same thing.

For instance, before World War II, the U.S. government called the department that wages war the War Department. After the war, they changed its name to the Defense Department, because the government does not want to admit that this department starts wars. They want to manipulate the citizens into thinking it defends the country rather than attacks others.

Remember, that such generalizations are deliberately chosen to coincide with the thinking of their audience.

Below is an extract from Albert J Beveridge’s – an American historian and US senator – speech. Notice, how he claims that the campaign question is a whole world question.

When engaging in immoral practices (like assassinations, torture) government spokespersons often use this argument in defense. To justify the use of their power they convince themselves and the audience that their ends are always noble, that the negative things they do are only forced by evil others who don’t share their clear values.

In his speech, Beveridge talks about the Spanish-American War. He represents it as a struggle for holy things: civilization, peace, and justice. But when speaking about peace and justice, he doesn’t mention any seizures of territories. He also speaks about American soldiers
but says nothing about 2000 dead Spanish soldiers.

7. Throw in a red herring

A red herring is something that misleads or distracts from a relevant question. The name derives from the practice of using a red herring (a very smelly fish) to throw dogs off from a scent that they are supposed to be tracking.

8. Sliding down a slippery slope

The slippery slope is used when a person implies that if someone does one thing, it will inevitably lead to a domino effect of negative things that in the end will result in something terrible.

In the given example the character states “Today he is drinking people’s blood, tomorrow he could be smoking!”, which is an obvious slippery slope fallacy as drinking blood isn’t necessarily related to smoking.

This fallacy is also called the Bandwagon Fallacy.

Manipulators strive to present themselves as people who share the same values and beliefs as their audience. Everyone has some prejudice, and most people feel hatred towards something or someone. This is what masters of spin rely on. They imply that they agree with the audience, they act as if they share their views. They work to convince the audience that their opponent doesn’t hold the sacred beliefs.

In the clip below the dad character advises his daughter to act according to what is thought to be cool and popular in her community to be more likeable, even though it means sacrificing her uniqueness.

A true dilemma occurs when we are forced to choose between two equally unsatisfactory alternatives. A false dilemma appears when we are persuaded that we have only two equal choices when in reality there are more possibilities available.

People often accept false dilemmas because few feel comfortable with having complex and nuanced issues. They want clear and simple choices, which skilled manipulators provide them with. They do it by creating a false dilemma where they want people to choose a certain alternative by insisting that the other one is clearly unacceptable.

Recognizing fallacies is a crucial part of critical thinking as it allows us to reduce the unwanted influence of others and make more rational choices and judgments. There are many more of them that weren’t included here.

Of course, it is important to realize that those who manipulate others typically deceive themselves in the process – no one wants to view themselves as manipulators of unsophisticated others. Therefore, we need to stay aware not only when listening to others but also when arguing ourselves. 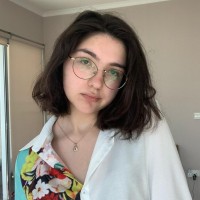